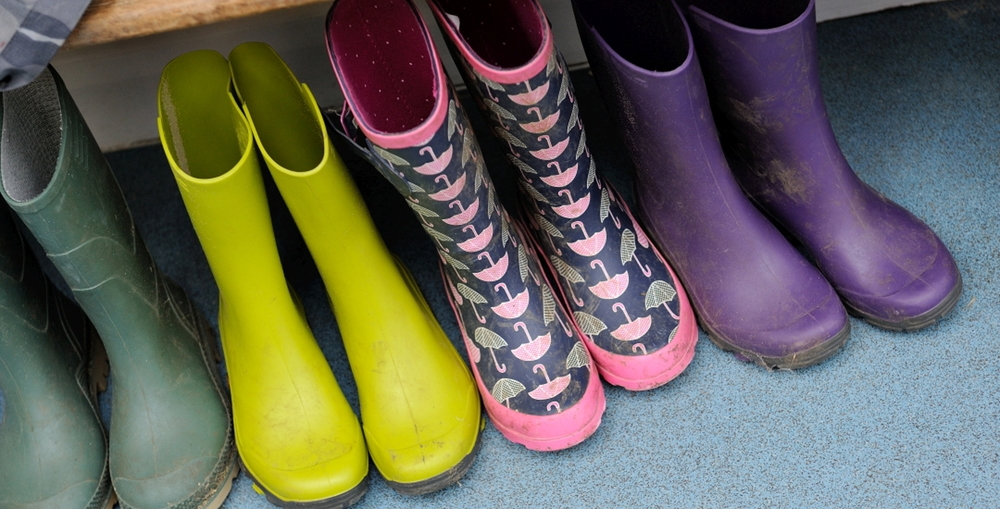 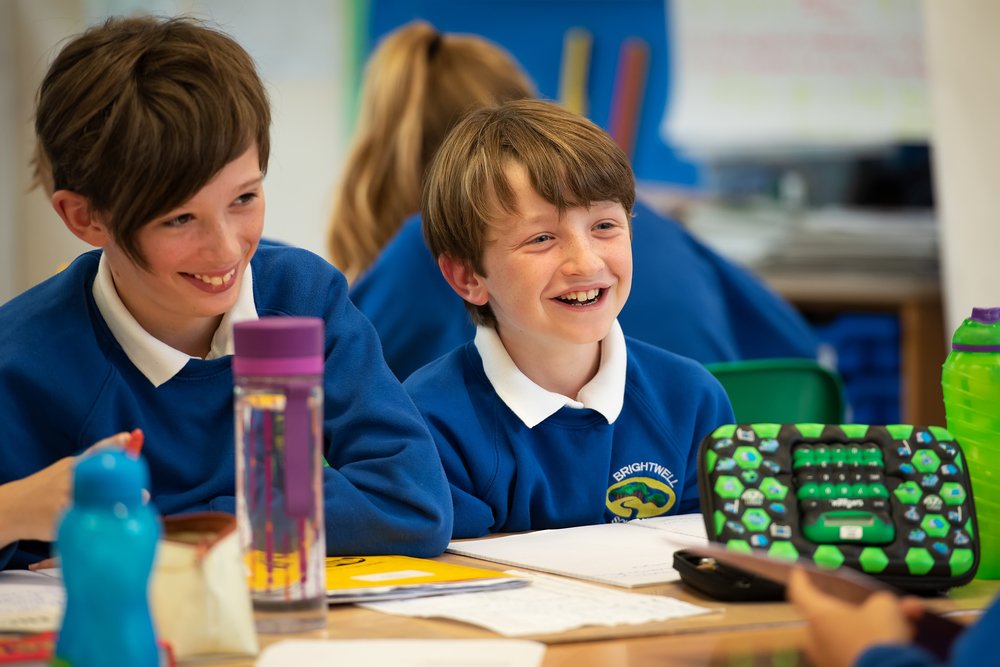 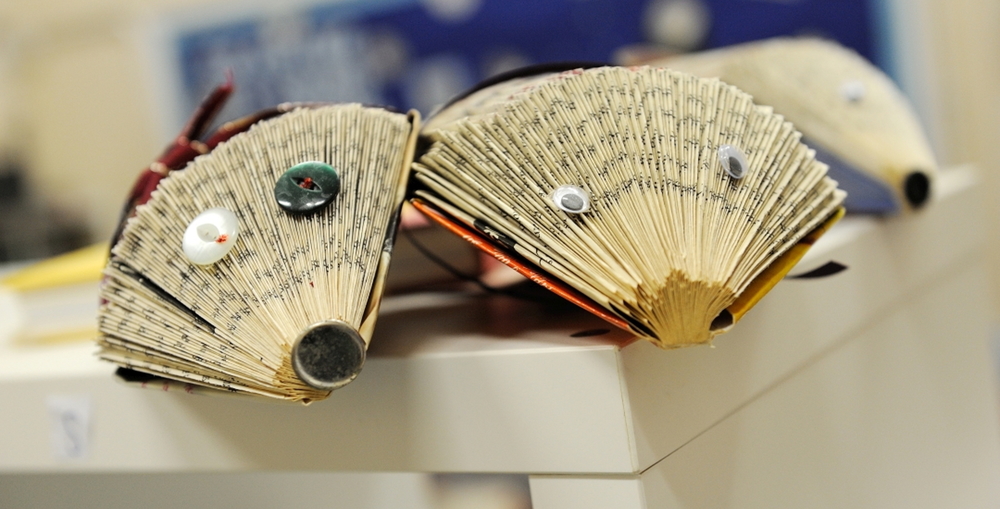 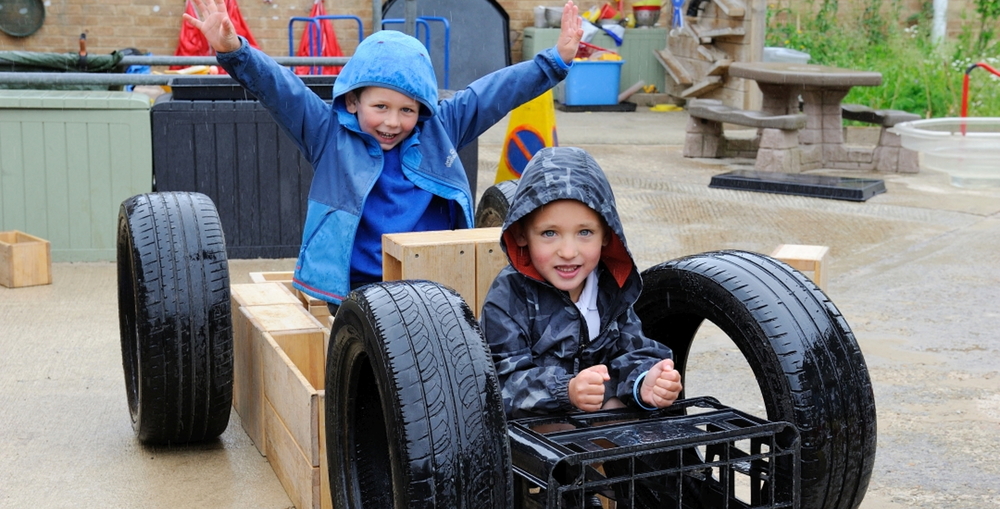 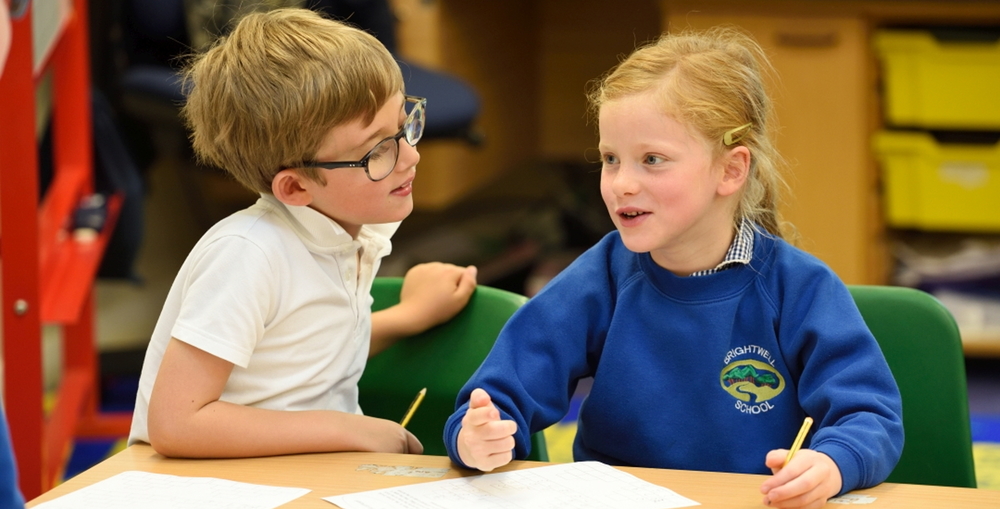 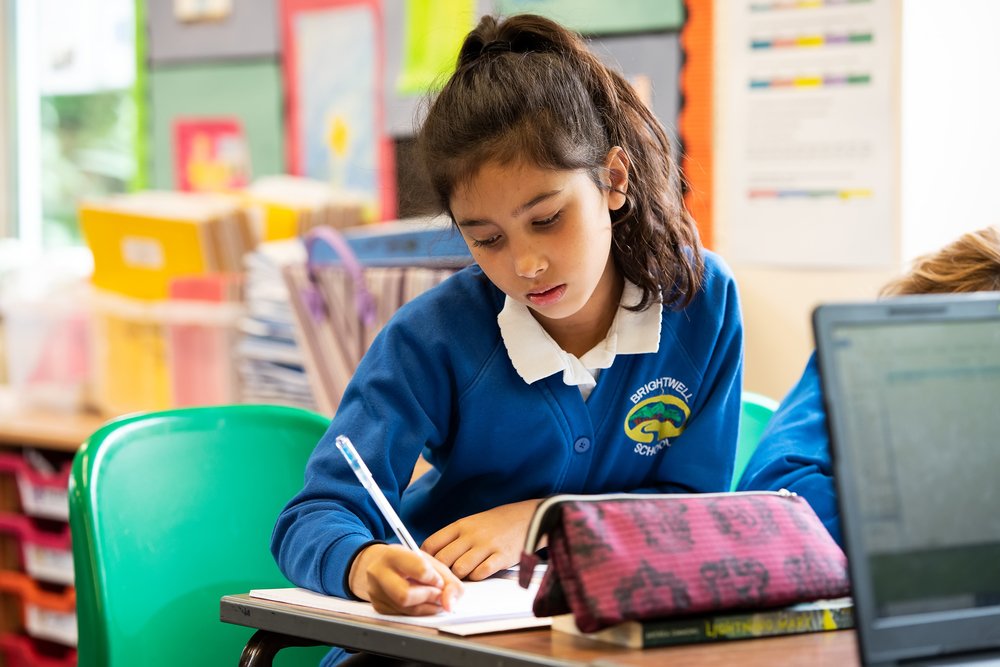 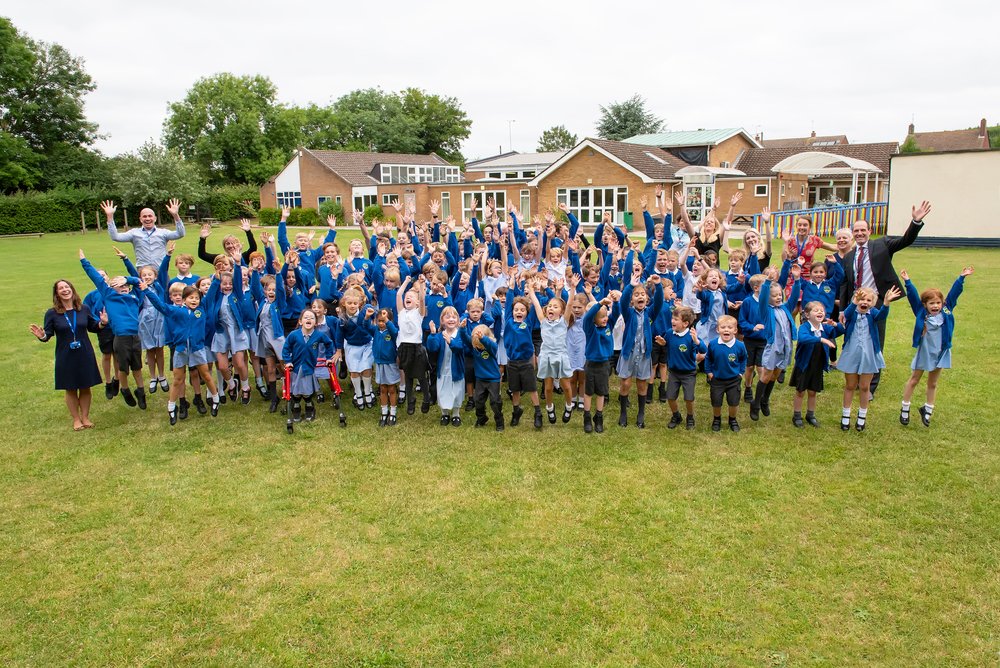 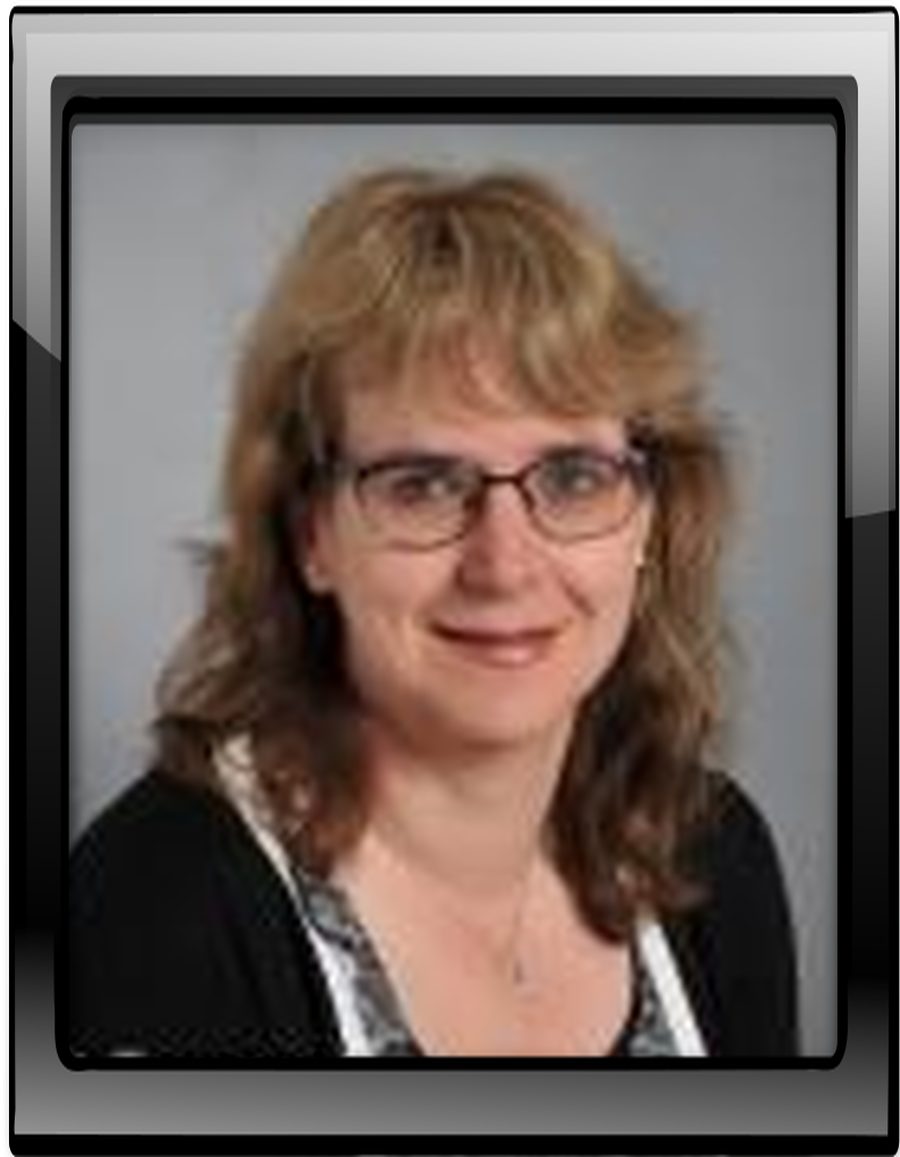 I joined the BCS Governing Board in summer 2015 as a community governor. I have been Chair of both resources and performance sub-committees of the governing body before being elected as Chair of governors.

I retired in April 2020 after 35 years working in the pharmaceutical industry, initially as an analytical chemist, then for 20 years in Regulatory Affairs, working on maintenance of registered information of prescription drugs and providing regulatory support for clinical trials and new drugs in the EU, US, Japan and rest of world markets.

In my retirement I am doing a diploma in hand embroidery, I go to the gym (out of necessity rather than for pleasure!!) and I enjoy crafts, reading and cooking.

I have lived in Benson since early 2000 and am married to Ian, a retired telecoms consultant, who is chair of the Merchant Taylors’ Oxfordshire Academy Trust (MTOAT). We have two adult children who have both flown the nest. 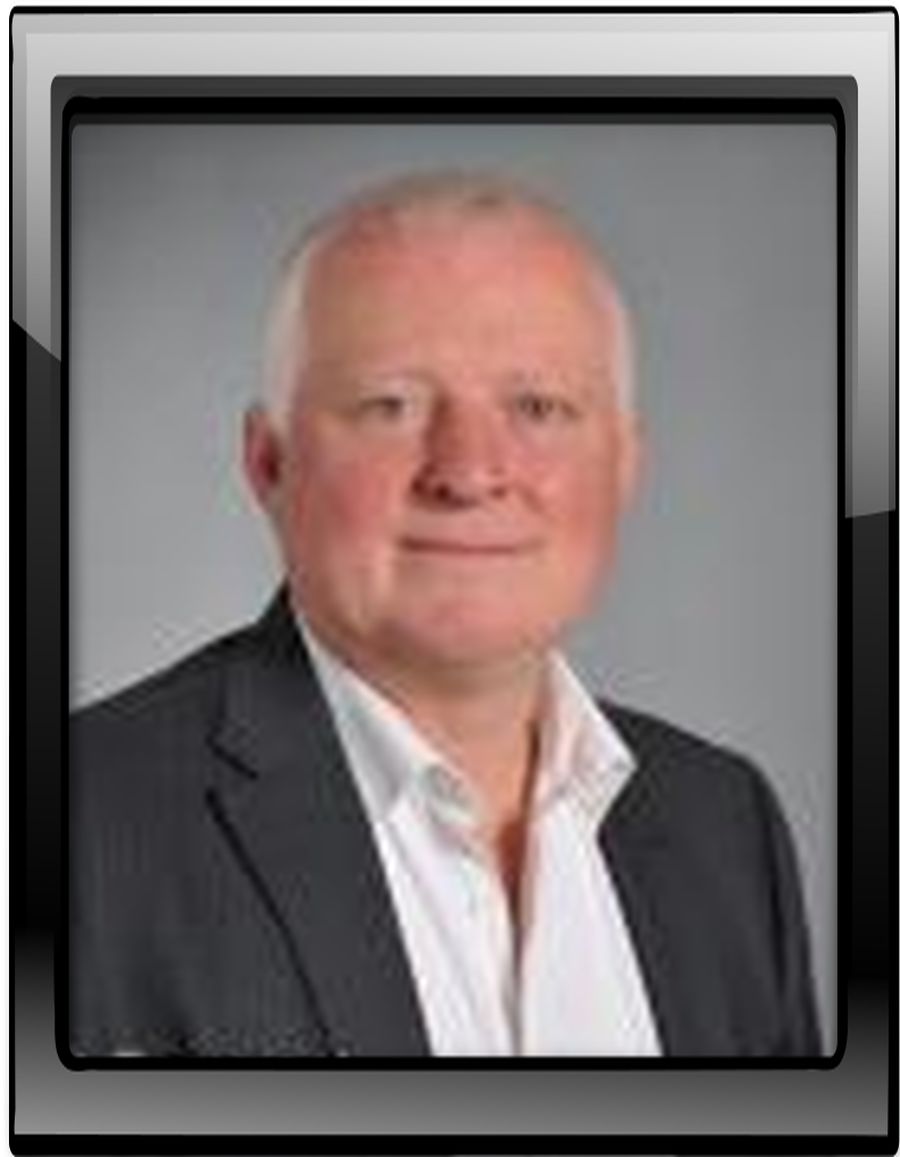 I was elected as a parent governor in March 2015. I live on the Brightwell side of Wallingford with my wife Helen and children Edward and Hannah who have both been pupils at the school.

I grew up in a village near Chester and studied Electrical and Information Sciences at Cambridge University.

Since then I have worked for a number of IT companies in various technical and managerial roles.

I spent the early part of the 21st century designing whole-school or local authority–wide IT systems for the government’s Building Schools for the Future programme. In 2011, I set up an IT consultancy business serving clients from the education, not for profit and commercial construction sectors.

In my spare time I enjoy spending time with my family, playing and watching football, cycling and swimming. 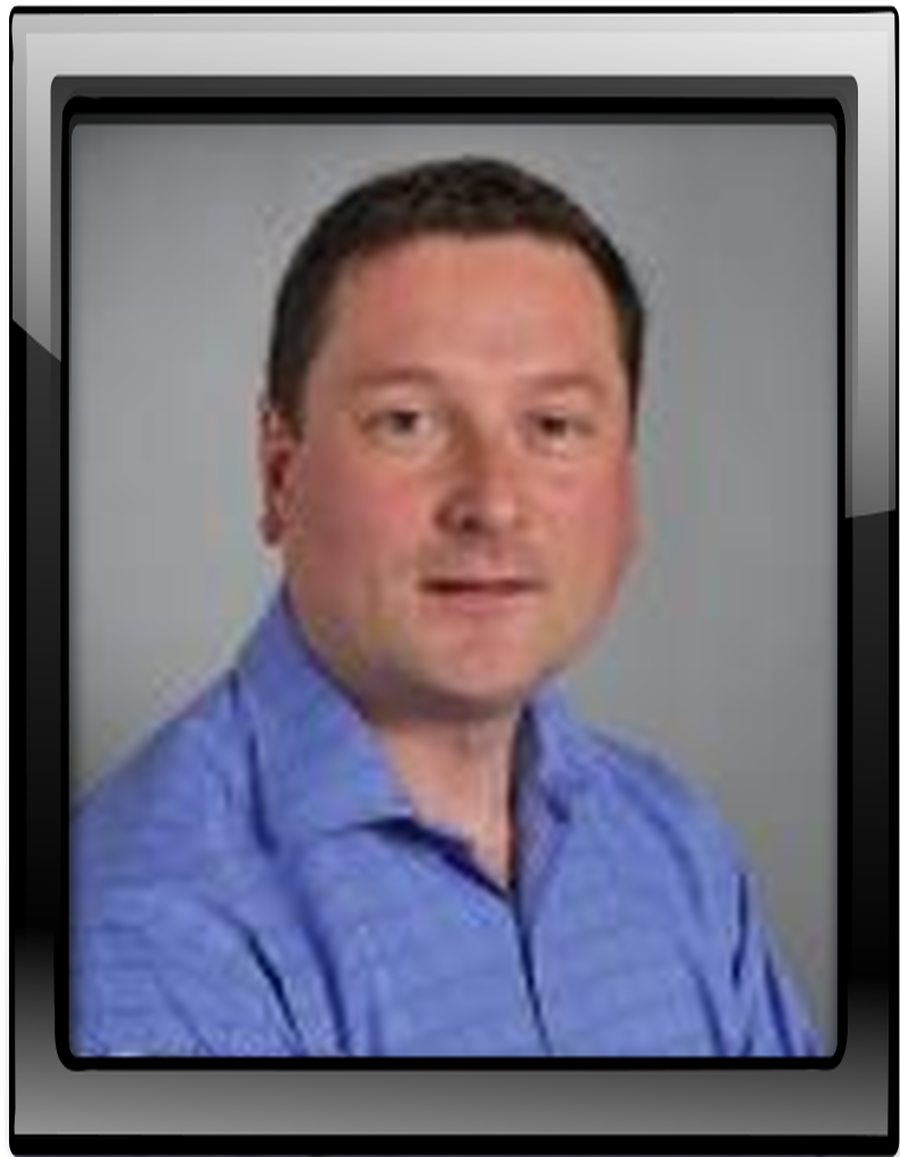 I live in Brightwell after moving from London, in 2006, to settle with my wife Andrea and to bring up our two children Elliot and Meredith. I became a parent governor in September 2013, as I wanted to give something back. I am passionate about the village and in particular the school, as I feel it forms a key part of life in Brightwell.

I am originally from Anglesey, North Wales. I studied town and country planning at Oxford Polytechnic, now Oxford Brookes University and then went to London to seek my fame and fortune!

I had a variety of jobs in London then fell into the role of law enforcement and I currently manage an emergency response team in West London which involves shift work. I am also a public order trained officer, which means I get deployed to demonstrations, football matches or any other situation that has the potential for problems.

At university I learnt how to scuba dive and continued my links with the diving club by teaching new students. With young children diving has been put on the back burner for a while, but we intend to teach Elliot and Meredith how to dive when they are older. I enjoy DIY, swimming, cycling and just generally spending time with my kids, playing and going on adventures. I am also a keen baker and I like teaching the children how to cook and prepare food. 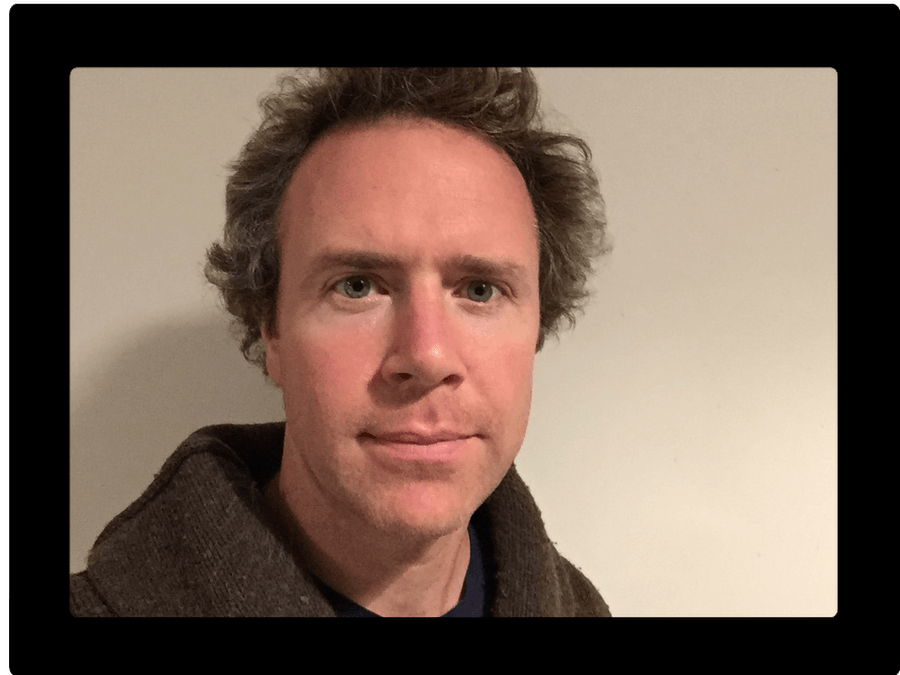 I was elected a parent governor in 2018 and sit on the Performance Committee. I am a Consultant Liaison Psychiatrist and currently work in Berkshire having completed my training a few years ago in and around Oxford. I got very interested in education during my medical training. I was appointed an Oxford Medical Education Fellow which gave me the opportunity to pursue a Masters in Clinical Education at the Institute of Education in London. But my professional and academic work is with adults, children are much more complex.

I come from a long line of teachers and I am very enthusiastic about being able to do something positive for the community of Brightwell and the school that, in my experience, has been the centre of that.

About 5 years ago I realised I wasn't able to maintain a healthy physique with the laziness that I had become accustomed to and started to do bits of running, cycling and open water swimming which has led me to become a bit of a fan of triathlons. Which is good as my other main interest is food, the growing, preparation and particularly consumption. 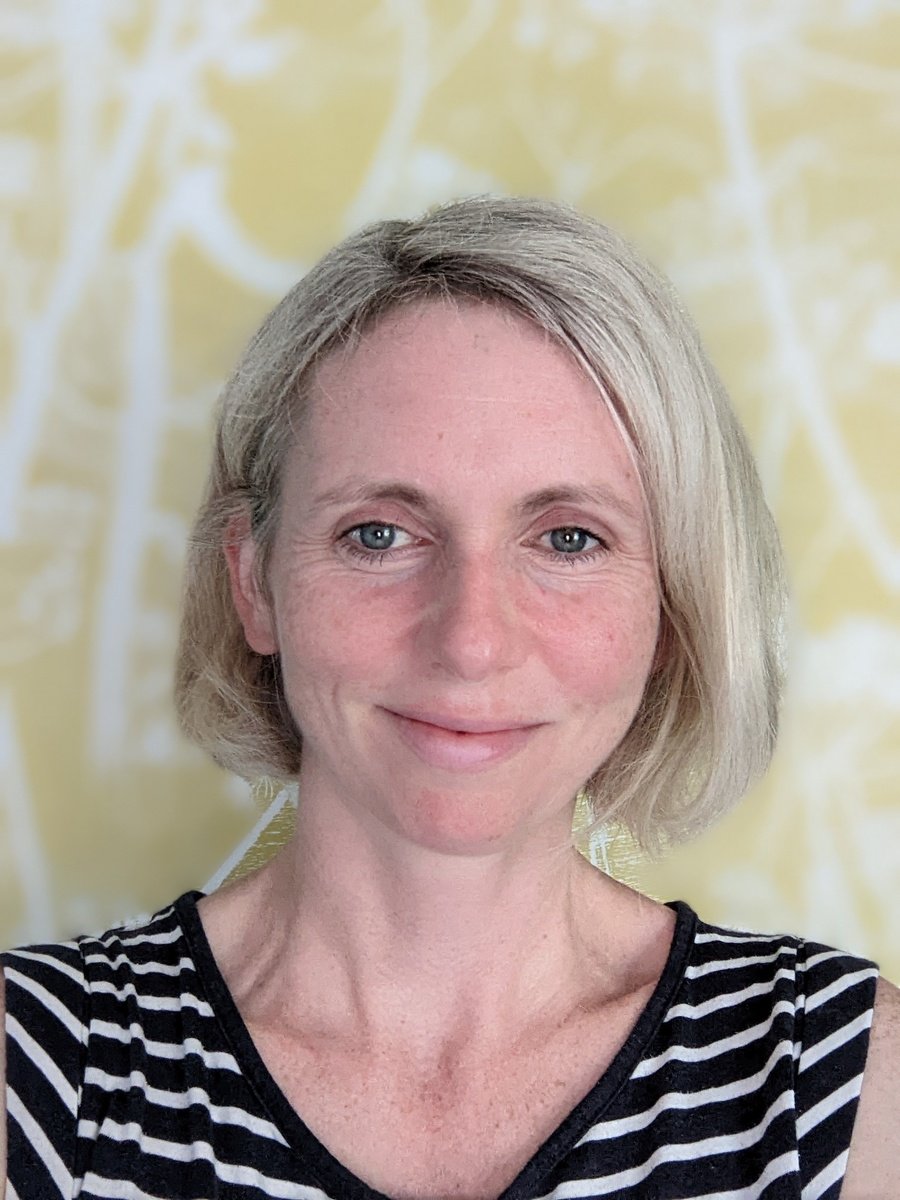 Appointed as parent governor in July 2022, I am due to serve my first term. Coming from a family of teachers and having experienced my husband act as a governor at the school in recent years, I was keen to be part of the school community and use my knowledge and skills to give something back.

I grew up in Oxford and moved to Liverpool to fulfil my childhood dream to become a nurse. After completing my nursing degree I worked in the area for a few years before moving back to Oxford bringing my husband to be with me.

We have three children. Tom is now at Wallingford school, but Joseph and Clara remain pupils. I have worked in cancer nursing for most of my career and now provide strategic leadership for a number of specialist cancer nursing teams in the Oxford hospitals.

Outside of work I am a keen gardener, a slow but happy runner, a proficient baker and a dedicated mother. 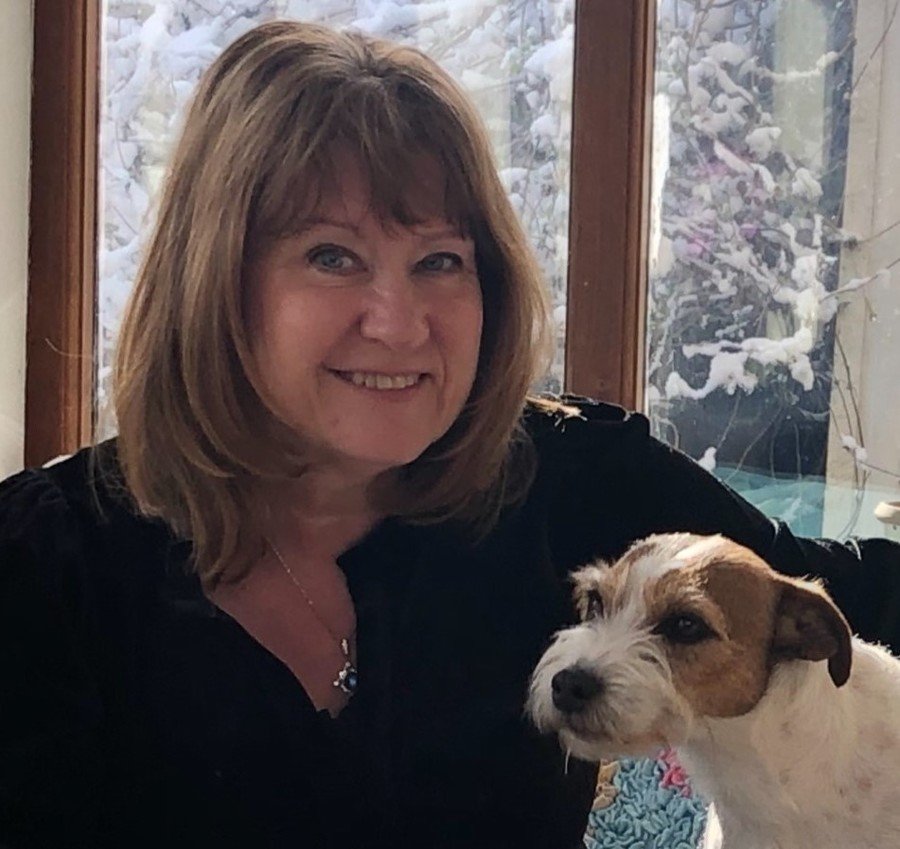 I was appointed a Foundation Governor in 2021.  My husband, Michael, and I moved to Brightwell  over 30 years ago  and we brought up our daughters, Isobel and Harriet, here with both of them attending the school.  I qualified as a solicitor in 1984 and retired in 2018 having had a career in private practice and latterly drafting laws for the UK Government In my spare time I enjoy spending time with our grandchildren and travelling. 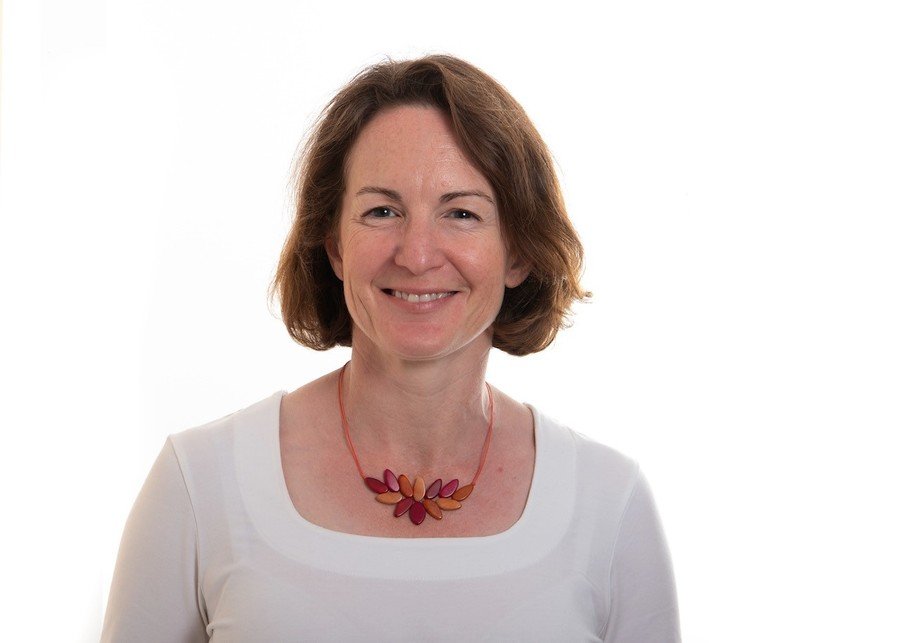 I was appointed as a community governor in July 2022. I have lived in the village since 2004 with my husband, Andrew, and two children. I am an accountant by profession, and run my firm from the village. I applied to become a governor following a request for people with financial backgrounds to join the team, and because I was keen to learn more about our village school and to try to support it in an era when funding is a constant challenge.

Recently we have had the pleasure of having a Ukrainian family living with us, and I have witnessed at first hand how wonderfully welcoming Brightwell school has been to the Ukrainian children.

I come from “Oop North”; I went to school in Newcastle upon Tyne and to university in Edinburgh, moving to Oxford to do an MBA in the early 2000s. Much of my time outside work involves my children’s sports and activities; lots of hockey pitches, badminton courts, lakes and reservoirs. I love horses and riding with friends, and I am enjoying trying my hand at dog agility. 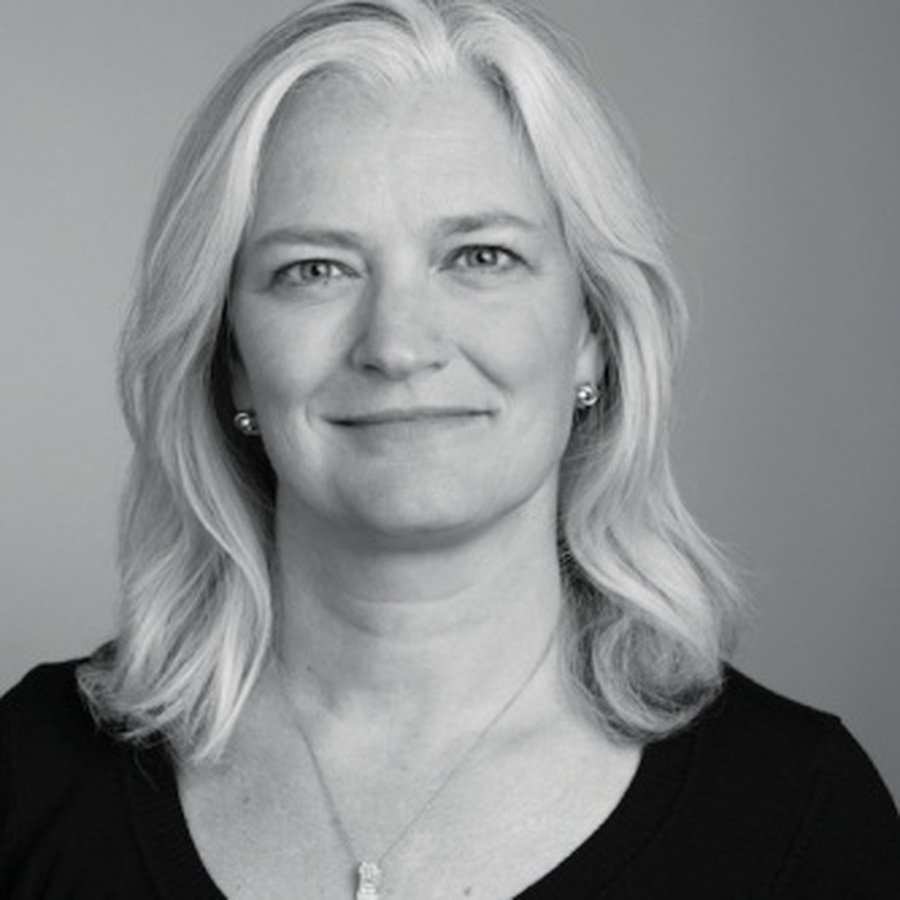 I was brought up in Sutton  Courtenay where my mother still lives; and having bought  a house in Brightwell about 10 years ago – I haven't moved far!

I am a solicitor based in the City of London, running our inhouse team of lawyers and compliance specialists, with a focus on the regulation of lawyers. I am on the Law Society Council.

I have 2 sons who are now both post school. My husband Andrew is a trustee and investment specialist. I am a regular at St James church at the Sotwell end of the village .

We use necessary cookies to make our site work. We'd also like to set optional analytics cookies to help us improve it. We won't set optional cookies unless you enable them. Using this tool will set a cookie on your device to remember your preferences.

Necessary cookies enable core functionality such as security, network management, and accessibility. You may disable these by changing your browser settings, but this may affect how the website functions.